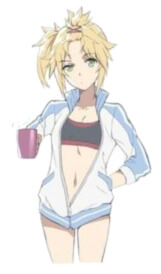 Remember all those days last week (especially this weekend) that I spent slacking and general just being lazy as hell? Well, today was the complete opposite – I burned a hole through my keyboard typing so much/getting things done. 😀

To start with, I completely finished putting The Qedesha’s Handmaiden together, then went ahead and completed The Qedesha Trilogy anthology (which is scheduled to be released in October). I also started the anthology Good Girls Gone Bad, which I should finish tomorrow, and spoke with some of my narrators on upcoming audiobook projects.

Oh yeah, I also started a story for my VIP Patreon Ronnie, a yet unnamed supernatural werewolf romance/erotica tale, starring him as the main character. It’s going to be a short story, and he’ll be getting a free copy of it, though I will release it to the public sometime next year. Maybe January. Dunno.

Oh! You wouldn’t believe who messaged me on Facebook today: Blur Head. It was a relatively innocuous message; she told me she bought and read Amore and loved it, and wanted to know what other books I had in the same vein. Well. Natalie (my assistant) practically forbade me to tell Rebecca (my girlfriend), telling me no good would come of it, but I didn’t want to hide things from her, so I did…

And now Rebecca is being all snippy with me. Like, if I was trying to creep or something, why would I tell her? Why would I show her the message – and my response? By the way she’s acting, I went out and fucked the girl and sent her the video or something! Maybe things are so tense between us because we haven’t had the time or opportunity to, you know, share ourselves with each other. We’re going on a bit of a dry spell… I swear I damn near tried to seduce Natalie the other night. 😀 I feel like climbing up the walls sometimes, which is only fueling me on the erotica front…

Anyway, it’s time to give Twilight Princess on my GameCube some attention.

“Sex education is legitimate in that girls cannot be taught soon enough how children don’t come into the world.”

FacebookTwitterPinterestRedditEmailWhatsAppSMS
Posted in Diary
← Unsuccessful hermiting, drama in the Nichols household, and needing to ventA dead Poundcake, my Patreon plans, and a dying werewolf →