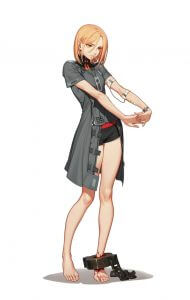 My big brother unit finally came back from Rome early this morning, and the flying spider monkeying he received damn near put him in traction. I missed that man so much (especially when I had my migraine attacks) that it took me a long time before I was able to let him go. See, he’s usually by my side when I’m going through things like that, and to not have him here made me really appreciate him so much more.

I’m a very lucky girl to have him.

Breakneck topic switch: Interview With A Werewolf. I revealed the cover yesterday, but I was so swamped with overdue tasks that I didn’t really have the time to tell you guys much about it. Yes, it started out as a Patreon story, but I ended up integrating it in unexpected ways in my Alexaverse Timeline: I decided to make it the final book in my Nephilim saga, a story that deals with the fallout of the end of the series. In fact, one of the leading characters in the story, Emily Rose, is the main character’s best friend in Nephilim: Daybreak.

The rest of the Nephilim series will be written next, meaning after this story I’m going to be all about Nephilim (I’m not writing anything else until the Nephilim series is finished), and my Patreon supporters will get advanced copies of each book as its completed – way before they are available for sale. So, if you’ve been on the fence about joining, now is an excellent time to do so.

As far as the Nephilim series goes, I’m starting it out with a 💥bang💥 – by heavily revising the first book before I continue the rest of the series. If any of you have purchased the original version and for some reason can’t upgrade to the revised version (Kindle should handle that for you automagically), contact me with proof of purchase and I’ll send you a free copy.

On that note, I want to get some more writing done on Interview With A Werewolf before I go to bed, so…

“I had a great many sex and love cases where people were absolutely devastated when somebody with whom they were compulsively in love didn’t love them back. They were killing themselves with anxiety and depression.”

Posted in Diary
← I’m back, Interview With A Werewolf cover reveal, and the final book in the Qedesha trilogy… 😊Why the words on my screen are blurry… →