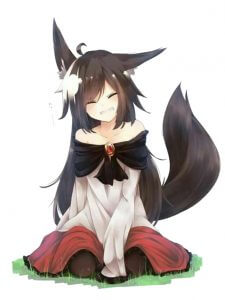 With the exception of somehow managing to bite the hell out of my cheek, I could have copied and pasted yesterday’s entry and it would have been true for today as well.

There was one big difference: a review left on Amazon for Girl Fight by one of my most avid readers, which you can find below in its entirety:

I was curious about the Girl Fight since first time I heard about it. I started reading kinky literature because of this author – and the way of her creating a dream world was just mindblowing.

When first time I saw a female fighter I was at the age of seven. It was a Chinese movie and there was an extremely skilled masked fighter stood against many big and strong enemies and when the mask taken off, turned out that fighter was a gorgeous girl. I still remember how I’ve felt… A total awe and felt like my heart skipped a beat. Since then from movies to computer games, female fighters are my favorite and they always will be. The concept of female fighters even took a lot of attention in Ancient Rome, in the fierce world of gladiators.

With all these in me, it was hard not to get anxious about the book.

Author has a unique talent about introducing and developing characters in her stories. Girl Fight is not an exception on that; with just few lines, gestures and behaviors you suddenly get familiar with characters. And as a plus author used this unique method of hers to create unforeseen deviations. Someone you thought you know is able to do something totally unexpected and surprising in the world of Girl Fight.

You’ll see how the protagonist start taking control over her life, take the story to whole another level. And clearly that girl fighter knew that we have one love to give and one life to live; and she made her own way based on this thought. I can still see her in my mind’s eye standing alone on a bridge next to the sea with glowing lights of the city on her background – taking a stroll in memory lane. She maybe had the wildest dreams and somehow those dreams were come true. Reminding us what we can shape our lives with our own hands; no matter how dire the situation is and how things looking so unsolvable while we draining in troubles – there’s always a way; what matters is having courage to take that path.

I personally wanted to learn more about that Underground Organization and other fighter girls who involved with it. And that’s the only nitpicking I can do… Although I’m pretty sure that author will take us into that world once again in another wonderful tale; which I’m looking forward to.

I don’t even know what to say. Everything I try and write I keep deleting… Obviously, I don’t play favorites with my readers or their reviews, but out of the three left for this story that one was the longest, so I just had to put it here. He put a lot of heart – and thought – into that review. I’m humbled.

As far as continuing with the characters from Girl Fight, that’s something I may actually do. I honestly hadn’t thought about it, but if enough people request it, I’ll definitely do it. I love all those characters, especially Sara and Fatima (two of the four main characters), and as I write this story ideas are already starting to materialize in my mind…

God, I love being a writer!

I love you guys, too. You make all the hours I spend working at story crafting completely worth it.

I’m off to bed. I have a long day of writing and working ahead of me tomorrow.

“It’s about giving the people what they want. So many people have told me that they’ve made love to my records so what I’ve delivered this time is an album about sex. Pretty much every song has that theme. Straight no chasers, it’s booty music!”