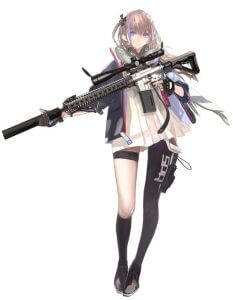 I’ve been up all day, thanks to my mind refusing to calm down last night, but this is not necessarily a terrible thing: I managed to get a lot of author-related things done. Of course, the price of this is my brain feeling akin to Jell-O right now, but I’m not complaining. 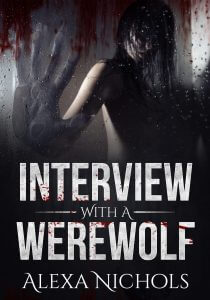 Because of aforementioned Jell-O-ness, however, I thought it best not to work on my baby Interview With A Werewolf but instead slam out some good old-fashioned lusty goodness to the tune of Family Camping Trip. I didn’t quite finish it, but it was a nice quick switch of pace from the more serious tones I’ve been working in lately. I’ll probably finish it up this weekend and just release it, I dunno.

I just know she’s going to knock this out of the park. 😊

Another thing I was hit with was a little news article about Fitbit’s new smartwatch, what looks to be a solid replacement for the Pebble Time Steel I own now. You can read about their new watch here:  https://www.fitbit.com/shop/versa

Ever since they bought Pebble out, I’ve been waiting for them to make use of not only the tech but the spirit that Pebble represented. I adore my Pebble, but its usefulness fades every month as my phone gets upgraded and the Pebble app doesn’t. Not to mention features, app developers, and app support slowly being phased out. So this news came at the perfect time. When my tax return comes in, I am so getting myself one!

Another thing that happened last night didn’t bring me as much joy. This motherfucker messaged me out of the clear blue: 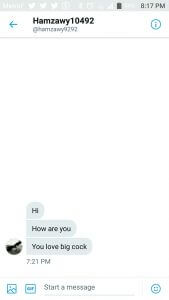 Messages like this really make me wonder about men in general. Not all guys are like this (thank god) but it seems the ones that are are the majority. Anonymity seems to make men on the internet not only bold, but offensively so. I mean, honestly, what kind of response was this guy expecting? He took time out of his life to not only follow me but to write me that message… and to what end?

I dunno. Whatever the expectation was, it’s beyond my understanding. I reported him for sexual harassment, blocked him, and shamed him on social media like I do all fecal matter that messages me like this.

Anyway, I’m out of here. I need to try and actually get some sleep tonight.

“Sex at age 90 is like trying to shoot pool with a rope.”

FacebookTwitterPinterestRedditEmailWhatsAppSMS
Posted in Diary
← Breaking my fingers…All kinds of productive… →