So much stuff to tell you guys about… where to begin… I know: creepy people.

I think one of the most significant drawbacks to being a writer is also one of its biggest rewards: socializing with readers. I never in a million years would have thought it could be so rewarding and confusing at the same time. It’s like people believe that just because I’m a female that writes erotica (never mind the other genres I write in) that I’m some sort of gullible love-starved slut. Which I am, of course, but not for just anyone. 😅 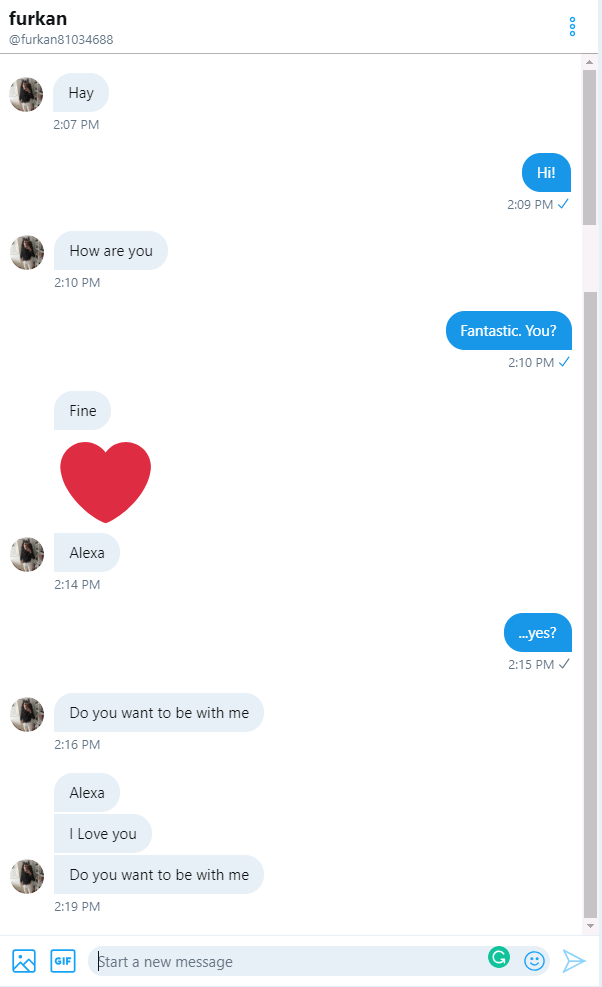 Here’s one I just received a few minutes ago – as I was writing this post: 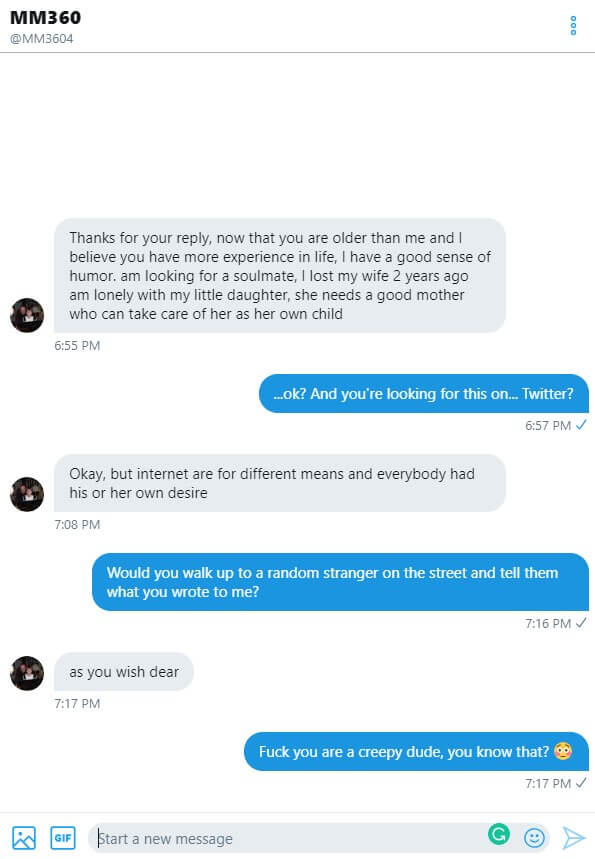 Creepy, right? Now I realize that some people would consider me a bitch because I don’t blur out the names of the people that message me things like this, but I don’t care. I think a better solution would be for random motherfuckers to just not message me shit like this to begin with so the conversation about blurring out a name doesn’t even come up. Am I right?

So far this week I’ve managed to update the eBook version of Qedesha Trilogy (fixed a few grammatical errors that somehow managed to escape several tiers of editing), completed the Qedesha Trilogy paperback (which you can buy now if you so wish at https://www.amazon.com/Qedesha-Trilogy-Alexa-Nichols/dp/1796728551/), and started talking with several narrators about creating the Qedesha trilogy audiobook. Oh, I also finished the rough draft of Nephilim: Prisoner.

Unfortunately, all this attention I’ve been paying Nephilim has been slicing away at my beloved serial series, Voyeur, which is currently on its second season. I am so far behind on that. I mean, release-wise I’m still good, but considering how I like to stay years ahead I’m just barely making it. As soon as I finish this Nephilim book, I plan on knocking out the rest of Voyeurs Season 2 and draft out Season 3 before I move on to Nephilim’s next installment.

I’ll keep everyone updated through here.

So much fun stuff…

Complete topic switch: I’m a gamer. And Steam Sales are bad enough on my wallet. Unfortunately, I’ve recently discovered Humble Bundles, which are absolutely insane deals. And then the Sims 4 has damn near everything on sale because of their anniversary. This hurts my heart! I didn’t budget for this shit! 😭 Of course, I’m trying really hard to ignore most of the sales. I did buy a PS4 Humble Bundle for Anne and The Sims 4 Get Famous for myself (WHICH IS FUCKING AWESOME), but otherwise, I’m being good. In fact, Anne and I are currently trying to beat Final Fantasy III for the Super Nintendo. We’re actually pretty far into it. ✊

It means the world to me…

Love can literally make us obsessed. According to studies done by the Loyola Sexual Wellness Clinic in Chicago, MRI scans show that falling in love sends blood rushing to the pleasure centers of your brain — the same areas responsible for obsessive and compulsive behaviors. Love also lowers serotonin, which is a hormone that is also lower in people who have obsessive-compulsive disorders.