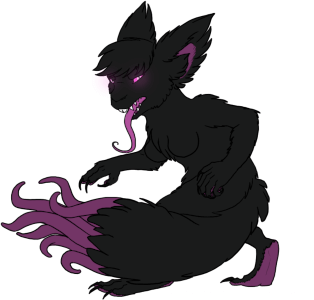 As some of you may know, my baby squirrel recently had breast cancer surgery. Chemo was apparently her best friend, shrinking her cancer lumps down to minuscule sizes that could easily be removed. So, after the surgery her surgeon was optimistic, and she went home with glue and tape to hold her breast closed.

Everything went perfectly for the first few days.

Then, the other day, while I was struggling away with Voyeur Season 2, she called out to me from the shower. She kind of casually mentioned that she was leaking, which made me immediately assume she was peeing in the tub or something and trying to be funny. In my defense, her voice didn’t contain any nervousness or seriousness – she seemed to sound nonchalant. When I asked her to elaborate, she said she was leaking blood. She was bleeding. From her breast. And she couldn’t get it to stop.

I rushed into the bathroom and found her sitting on the edge of the toilet, holding her breast, blood everywhere. And it was still coming out. Fast forward about fifteen minutes, and I finally managed to stop the bleeding, and we were on the phone with a nurse, my baby squirrel weak from blood loss and barely managing to hold it together. We were told that some bleeding and swelling was not only normal but expected after the type of surgery she had, so unless things became ridiculous, we should just ride it out.

I was a skeptical loli. 🤨

Apparently, however, the nurse was right, because after some orange juice, multivitamins, and mixed nuts (she is a squirrel after all), she was relaxed and back to normal, terrorizing her Roku as usual.

For the longest time I couldn’t stop shaking. She took the whole ordeal much better than I did; in fact, towards the end, she was the one comforting me, because all I could see was her losing too much blood and possibly dying. And I have no idea what I’d do without her. It reminded me of when she was diagnosed with cancer and how all these emotions hit me left and right, night and day, incessantly.

I don’t do well with change. Especially when the change consists of death.

Still, though, the fact that she got better so quickly and learning how normal the bleeding and swelling had made me thoughtful: not everything is always as dire as it may seem.

“People fear what they don’t understand and hate what they can’t conquer.”

So true. What I should have done was researched before panicking, educated myself before assuming. You think in this stage of my life I would know that by now, but… knowing and Knowing are two different things, you know?

Writing of lessons – do you know how hostile a baby squirrel can be when she decides out of nowhere to cold turkey quit smoking?! And how demonic a little loli redhead (that would be moi) can get when she decides to cold turkey quit drinking? It is not a good combination, y’all. At all. We’ve been arguing, fighting, wrestling, and smack-talking every single day lately. 😄 It’s been interesting, to say the least. And, if I’m being a bit honest, eye-opening. Addiction is a serious thing, and it’s a hard concept to truly understand until you decide to try and break through it yourself. No amount of writing or advice can even begin to prepare you for what’s in store once you take that initial step. It’s like a switch goes off in your mind, and you start craving whatever it is more than you ever have.

Anyway, breakneck topic switch. On the writing front, I’ve been struggling a bit with Voyeur’s final episode of Season Two, but I think I’ve mastered the direction I want the story to go. I had so many characters I wanted to touch upon, but because of space limitations (Voyeur episodes are short by nature, so writing one that’s novel-length just isn’t an option), I couldn’t for the life of me decide which ones I wanted to wrap up… after a ton of brainstorming, I finally settled on the core characters, then dived headfirst into flushing everything out. Fast forward a bit, and now I’m putting it through its final revisions. I can’t wait to finally finish it. My next story… well, it’s one for the record books…

Anyway, this entry was way longer than I intended it to be, and I have even more writing to do, so ✌ and 🥰!

“You’d be hard-pressed to find an actor who isn’t a sex symbol somewhere.”

FacebookTwitterPinterestRedditEmailWhatsAppSMS
Posted in Diary
← I quit.Real Life, am I right? →