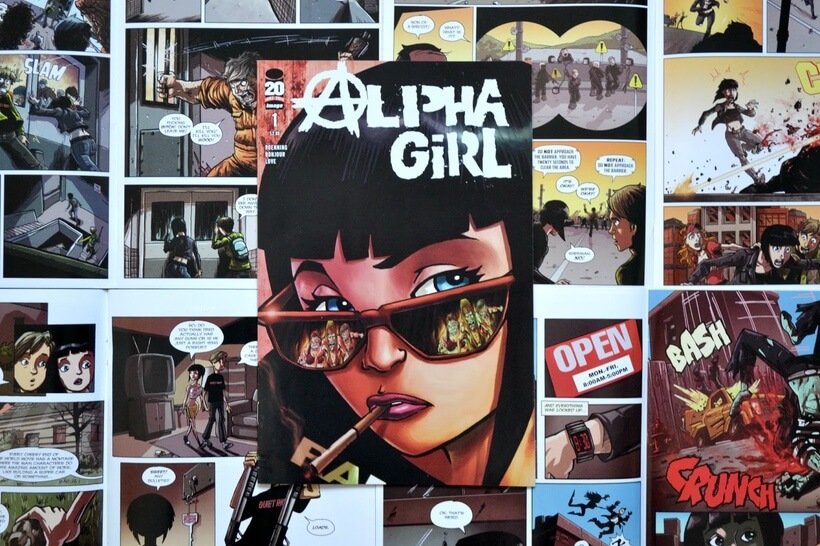 It’s 1984, and Judith is your typical 17-year-old. She chain-smokes, cuts class, sells her tampons to perverts, and she just might be the last sane woman left on the planet. When a third-rate cosmetics company creates a pheromone that turns women into crazed man-eaters, the world dives into chaos. Judith must break her little brother out of juvie, all the while dodging rabid women and the men who hunt them. Already a proven survivor, she picks up some interesting strays along the way and kicks some serious zombie ass! Judith is Alpha Girl! 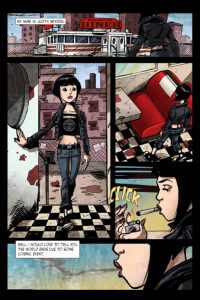 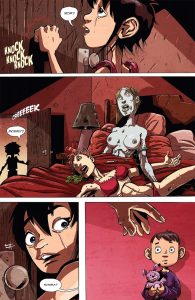 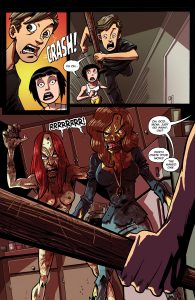 I was not impressed. Reading the description piqued my interest. The artwork clenched the deal. But the content – the actual story – no. Just no. The series seemed to start out strong, but kind of dwindled down to nonsensical filler the more it drug on. This could have been so much cooler, so much more interesting, but it seemed like the creators were more interested in creating some kind of gimmicky parody comic/character than an actual story.

That’s a shame, too, because there was so much potential! This is one of the first comics I’ve read in a long time that I genuinely disliked, and while that’s bound to happen, I didn’t expect it to be this one.

My final complaint? It ended on a bit of a cliffhanger, stating that the story will be continued… this was eight years ago. Obviously they called it a wrap, but why end it like that if they were just going to kill the comic? Why not wrap everything up and have some sort of closure? At least a one-shot or something. In eight years, they could have easily pulled that one off. You know, some kind of payoff for the reader who bought and read all five of these damn comics?

I know I seem a bit venomous, it’s just that I had high hopes for this. The story started out a bit quirky but interesting, and I immediately liked the main character, but… everything just ultimately fell flat. Maybe I’m just expecting too much from things nowadays, or maybe as a creative person myself I judge others by the standards I judge myself… I dunno. Maybe I’m weird.

Have you read this series? What did you think of it? Let me know!

If you want to purchase the collection, you can find it here.