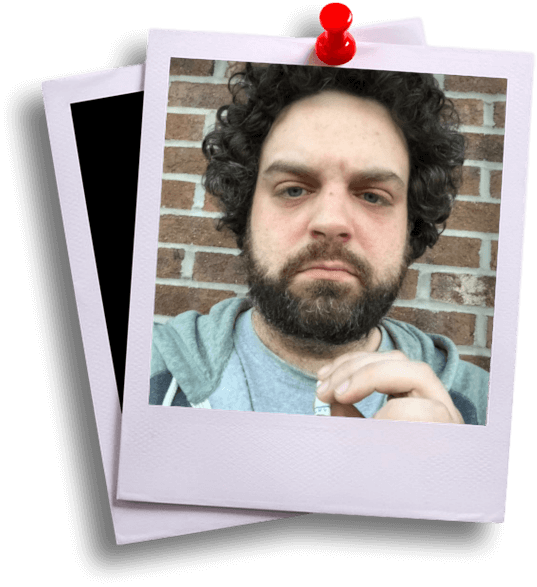 (And the fancy blue checkmark verified thingy on Twitter)

I’ve been sitting on this interview for a while, mainly because I’ve had so many writing projects to finish that I had time for little else (I actually have a few interviews like this). In the coming months, I’m really going to work on getting all this content published.

Before I go any further with this interview, I want to congratulate RGT 85 on reaching 400,000 YouTube subscribers! That is a huge milestone, and I can’t wait until he hits 1 million! I have a feeling it will happen sooner than he thinks, and he better not get bougie cause blackmail (I know what really happened to Mitch! 🌱 #MitchForever #HeWasTooYoungToDie #RIP).

I’ve known this nerdboy for a bit now. I love his videos, agree with almost all of his opinions on gaming (except the stretched graphics thing), and he’s the only video game YouTuber I follow/watch. I don’t know why his videos are so entertaining to me, but they are. I watch every single one. There’s just something about his personality, knowledge, and sense of humor that tickles me in all the right places. He’s also a really good dude, someone I talk to regularly, which is why I figured he’d be a good victim for an interview. So here goes nothing…

Me: If you could go back in time and bang any dead celebrity, who would it be?

Me: What is your favorite genre of book to read?

RGT 85: I don’t really read all that much to be honest. I like reading old gaming magazines and stuff because you can find some interesting things that never came out or were hyped up a lot that ended up being bombs. It’s kind of like a time capsule of pre-internet stuff where all your information came from just like a couple different places so it made things interesting.

Me: When you’re not creating YouTube videos or playing video games, how do you like to pass the time?

RGT 85: I like to nap. Naps are dope. Playing guitar is fun as well. I don’t know really, I seem to work like every day so I don’t really get all that much “free time” but I don’t mind it.

Me: What will make you quit playing a video game?

Me: What was your favorite class in school?

RGT 85: I took Debate and Debate 2 in high school. I was good at it and public speaking so it was an easy class for me.

Me: Speaking of school, fill in the blank: When I was younger, my classmates voted me most likely to _________ when I grew up?

RGT 85: Knowing how I was in high school it was probably “dead”. lol. I actually did win “Most Fun to Be Around” in high school though, so I guess that counts for something.

Me: What’s the hardest thing for you to do as a YouTuber?

RGT 85: Trying to create time to do stuff that’s not work related. I don’t really like taking days off, so trying to balance everything can be a chore as far as doing stuff outside of YT.

Me: Out of all the YouTube videos you’ve made, which one is your favorite?

RGT 85: The Ring Fit Beetlejuice video by far. It was fun and creative. Granted it didn’t get great views but it’s okay, I had fun making it.

Me: How has quarantine changed you?

RGT 85: Really not all that much. Since I work from home in the first place I feel like I’ve been waiting for this moment my entire life to thrive. lol.

Me: What is one thing the world doesn’t know about you but would be shocked to learn?

RGT 85: I enjoy taking bubble baths. I take them pretty often at night to unwind and relax. I usually put on some funny music like Careless Whisper by George Michael and turn out the lights and just relax.

Before you go, check out his book, The Complete Sega 32X Guide, available in paperback format on Amazon! And connect with him using all the links below!