First, a health update: I am at about 85% of normal, which means I got a whirlwind of things done today – and now feel utterly exhausted. Writing-wise, I finished Qedesha’s Rough Draft yesterday and uploaded it; now I’m about halfway through the Red Edit. By the end of the day (while I’m watching the Cowboys game, actually), I plan on finishing up the Red Edit and starting the Yellow Edit tomorrow. Then it’s on to the Green, then on to my beta readers. And then my editor. And then to all of you!

I’m excited for more reasons than just the release of Qedesha, actually: tomorrow, if I’m back to feeling more or less normal, J.C. said Rebecca could start coming over normally! Which means her hooker ass is definitely spending the night. So expect a short entry. And maybe even some pictures. 😀

Oh, and several of you responded favorably to my Christmas Present picture yesterday, and for that, I say: thanks! And no, in case you were curious, Rebecca was not upset at all about it. Facebook, on the other hand, got all kinds of pissy. 😀 Out of all the social media networks I posted my diary entry to (Even Google +, who has a long history of yelling at me / crippling my account over shit like that), Facebook was the only one that tripped. Like apparently someone coming to the page of an erotica author would be shocked and offended to see a pair of titties! 😀

They didn’t yank my account or anything, they just slapped me with a light ban on creating more pages until the end of next month. Which I don’t do anyway. So.

Anyway, I need to jump in the shower and get a few things done before the game comes on, so I’ll see you all tomorrow. Love ya! 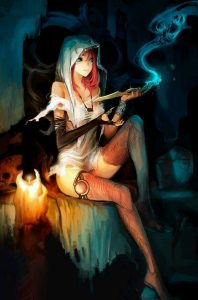