Do you know how hard it is to write erotica in public? More specifically, at the doctor’s office surrounded by old ladies and kids? Very hard. Like, impossibly hard. Like, I gave up entirely and decided to jump on their Wi-Fi and update my phone/tablet instead.

See, I had to take Anne to the doctors today so she could get a referral for an MRI for her knee, and we were so late (her Medicare rides fault, not mine) that they canceled her appointment and treated us as walk-ins. And the waiting room was full. So, I decided this would be a great time to work on Qedesha’s Red Edit (which I still haven’t finished).

As I said above: not as easy as you would think. 😀

I’m waking up first thing in the morning tomorrow to jump straight on the Red Edit, so there is absolutely no way in hell that I’m not going to finish it. I’m healthier, more focused, and dying to get this damn book done. It started out as a simple small Quickies story, but if you know me I can’t stand to keep things simple. I added so much to it – characters/situations/environments – that it became way different (and much longer) than the original Quickie’s version. Which is why I took it off the Quickies brand and put it as a one-shot novelette instead.

A lot of you have been asking me what my next book is going to be, and to be honest, I was planning for it to be another Quickies story, but apparently a lot of you are wanting it to be the next book in the Nephilim series, so…I decided to cave in to your wishes. Instead of cranking out another Quickies tale, I’ll be working on Nephilim: Prisoner, along with a companion book for the Nephilim universe: The Bestiarum Vocabulum. The Bestiarum Vocabulum is a bestiary for the Nephilim universe and is intended to outline all the fantastic creatures and monsters contained within it. And more – like myths, timelines, etc. I’ll probably wait until I publish the very last Nephilim book to put it out, or I might have it as a free download on the website in the Nephilim section, updated with each book. Dunno. All I know is I’ve already started it, and it’s a ton of fun putting together. There will be pictures and everything, though I’ve yet to start talking to artists. So, if any of you know someone, tell them to contact me. This will obviously be a paying job, how much will be determined when the book is finished being written and I have an idea of just how many entries there will be.

Anyway, Rebecca is on her way over, so I’m going to end this entry. 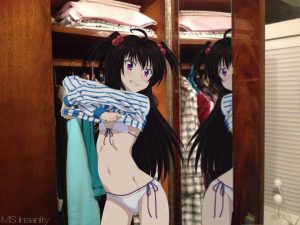