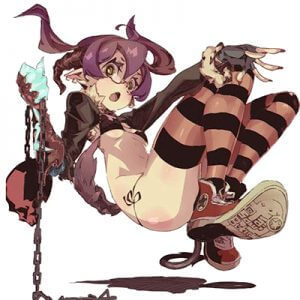 It’s been a typical Alexa day today: busy, productive, and quirky as fuck. It’s almost like everything was building up during these past few days and hit me all at once this morning.

I started out jumping out of bed and getting to work on The Qedesha’s Handmaiden, and am well into the Yellow Revision. Everything’s coming together nicely, and I’m loving the recent insertions. Of course, you can see for yourself if you’re a member of my Patreon by simply going here: https://www.patreon.com/posts/qedeshas-yellow-16964828, but if not just take my word for it. 😛 It’s coming along good, and in a strange twist of fate, the rest of the day did too.

I wrote Amazon about No Daddy, I’m (STILL) Not Mommy! – for some reason, the paperback version is being blocked even though the Kindle edition and audiobook versions have been live and selling. I can’t wait to see what their rationale is for this one.

Oh! And the audiobook version of The Champion’s Gift: A Qedesha Story is finished! The narrator submitted the final version to me this morning, and I listened to/approved it, so now Audible has to do their quality check, and it will be available for sale! So excited. I really love that story.

Speaking of things for sale! You guys really should check out My Naughty Valentine, the latest anthology from my Bad Girls of Erotica clique. It’s hot. It contains the following stories:

No one grieved for Mick Phelan when he died. The old lawyer had been a terrible father and a horrible man, poisoning his children with his hate.

But an unexpected inheritance was waiting for his grandson Thomas. An Irish goddess who Mick had ensnared decades ago showed up on his doorstep, begging him to free her from bondage.

Now Tom and Rhiannon must navigate a treacherous road. Will their growing attraction for one another allow them to part the mists of time and release her from slavery? Or will Rhiannon be bound forever, a fate worse than death for this Gaelic Goddess?

Four lives. Innumerable secrets. A tragedy that binds them all…

– Sara: A survivor of longtime sexual abuse, she is a girl with a shattered past who has, since childhood, fought for her life. Literally.

– Tanya: The most invisible girl in school, she cuts to ease the pain of her life. And things are only getting worse.

– Antonio: A man with a heart just as massive as his libido, he is trapped in a relationship built on unrequited love; a fact that is slowly breaking his heart and driving him insane.

– Fatima: A girl hellbent on revenge. Though popular and social, she is slowly decaying over the secrets that she holds.

Tragedy brought them together, lust makes them inseparable, and love just might be the only thing that can save their lives…

One Weekend With My Best Friend’s Father

Lindsey’s always had a crush on Richard, the kind and dashing widower who lives next door. Of course, Richard also happens to be her best friend’s father… The two of them have always been flirtatious, but when an accident on a hiking trip compels them to share a sleeping bag, they can’t keep their hands off each other!

That’s What Friends Are For

When he was younger, Justin promised his mother he would be nothing like his womanizing cheat of a father. Part of that promise included waiting to lose his virginity until he met the right girl. Now 18, Justin is finally going to have his first time! His mother is going away for the weekend, and his hot blonde girlfriend, Jen, promises she is going to come over and spend the weekend with him.

Things are looking good for Justin except that his best friend, tomboy Samantha, doesn’t trust Jen, and thinks Justin is making a mistake. “Sam” turns out to be right when Justin finds out Jen has been sleeping around on him, and he’s heartbroken and frustrated. But he won’t be for long, because Sam says she is on her way to cheer him up.

When she arrives, Justin is surprised to find his normally plain friend dressed to kill, and looking just as beautiful as any girl he has ever been interested in. The surprise continues when Sam tells him that she would be happy to be his first lover. After all, won’t best friends do anything for each other?

So, if you haven’t checked it out already, you really should!

Anyway, it’s off to play more Skyrim with Anne. That game has completely taken over our lives lately. 😀 Someone send help!

“I know nothing about sex, because I was always married.”

FacebookTwitterPinterestRedditEmailWhatsAppSMS
Posted in Diary
← Up all night, the flu, and the most atypical Valentine’s Day everPreemptive strikes, the bestie, and alcohol sirens →