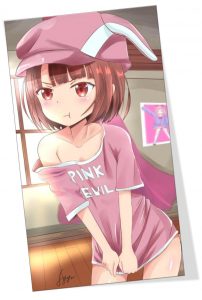 HOLY SHIT Y’ALL I JUST FOUND OUT YOU CAN LEGIT PLAY SKYRIM ON AMAZON ALEXA! Which I don’t have, of course, so I ended up downloading the Alexa app to my phone to test this out. It’s fucking awesome. It threw me straight into my Dungeons & Dragons playing days, and I spent way more time testing it than I should have. But it was so fucking fun!

Thanks to my homie-g DJay on Goodreads for hipping me up to this; I saw the advertisement for it but assumed (like a lot of other people did) that it was just a joke. It’s really not. Motherfucker even saves your game when you exit. I mean, it’s a tongue-in-cheek kind of Skyrim, but it’s still a playable game.

I suggested it to Tara Babcock for her gaming channel; we’ll see if she does it or not. Peer pressure her!

Yeah, Skyrim on Alexa was definitely the highlight of my day, if you can’t tell. I’m such a fucking nerd. 😅

Speaking of being a nerd. I finally finished my writing project with my erotica pen name, which means by Tuesday I might get to actually write! I’m going to completely finish Voyeur: Season 2, Episode 2, then finish a few smaller projects by other pen names, and then – AND THEN – the Nephilim series! And then my Loliverse! Bwahahahahaha!

For now though? The weekend! Hit me up. Especially if you’re on Patreon, the only app I have running on my phone’s background 24/7. Tell me what you’ll be playing/watching this weekend. I love hearing from you guys. 😊

“Obviously there is no such thing as race, and in many ways, sex is a continuum, not a binary. So it doesn’t make sense to label people in that way.”