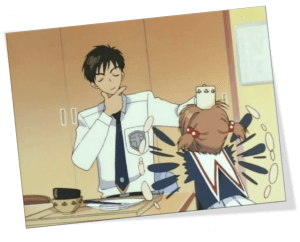 Yeah, I started it. Not that I meant to, of course (😇), but once I commit to something, it’s hard for me to back down. See, it all started because Anne and I were curious as to what would happen if I put orange juice in my vaporizer. I put coffee in it a while back (I don’t recommend it 😳) and I figured orange juice, with its deliciousness and natural sweet odor, would be a much better match.

Fuck was I wrong.

Not only did it stink up the house with the most putrid, maleficent odor, but it woke my brother up from his nap and caused him to barrel into my room like a something straight out of my Nephilim series (always plug the merch!). Which, of course, forced me to jump out of bed and get in his face…

The rest of my day wasn’t nearly as entertaining. I played some Skyrim, Pokémon, and HuniePop, then read some – all while trying to nurse a headache that came out of nowhere. (I think it might have been the vaporizer)

Hopefully, your Saturday was better than mine.

Maybe tomorrow will be more interesting…

“Most of the time when you’re around the opposite sex, you kinda have to put on a show and not completely be yourself.”