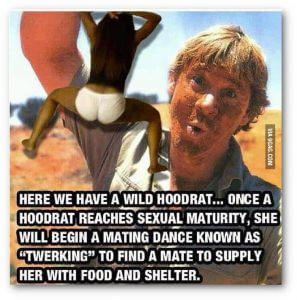 Let me tell you why I hate bitches, yo. I got into a verbal smackdown with one of Anne’s friends today, and this time I didn’t even start it, I swear. Long story short: one of her friends (we’ll call her Bougie) came and spent the night at her house the other day (I was there too), and her boyfriends pissed for some reason – mainly because Bougie’s homegirl (we’ll call her Bougetta) filled his head with all sorts of lesbianish thoughts.

Bougie called this morning, and Anne put her on speakerphone. Bougie then proceeded to tell her that she told her homegirl Bougetta that Anne was going to beat her ass if she kept telling her boyfriend lies about her. I snatched the phone and told Bougie if she ever tries to put Anne in a situation with someone else over her bitch-ass boyfriend then not only will I beat his ass, but I’m beating her ass next.

She honestly had no clue. So I repeated myself and called her a few choice words, then hung up.

She didn’t call back.

It took me a long time to calm down from that. I was more pissed than Anne was. I’ve always been protective over Anne though, mainly because I’ve known the girl for almost 15 years now, and people have continuously tried to take advantage of her love and trust. She’s far too sweet and forgiving for her own good. That’s why she needs a hood rat like me in her corner. ✊

I’m exhausted. But I did get a lot of writing done today once I managed to calm down. Which is a good thing, because unfortunately, it looks like I may be going to the hospital this weekend as medically I’m not getting much better and my big brother and Richie are essentially forcing me. I’ll keep everyone updated, especially you unlucky motherfuckers on Patreon. You poor souls will be hearing everything. 😅 I’m creating a thread just to document this shit if I have to go. Dead serious. I fucking hate the hospital. I’m going to need the company to stay sane.

Speaking of Patreon motherfuckers: have you read my exclusive interview with the legendary author Piers Anthony yet? It’s this month’s Patreon Perk, available to all tiers, and can be found here: https://www.patreon.com/posts/19736033 Go check it out!

Now back to the hospital ordeal. I may get drunk tomorrow before I go just to piss my brother off. We’ll see. 😏

Until tomorrow, my loves.

This little hood rat loves you.

“I prefer love over sex.”