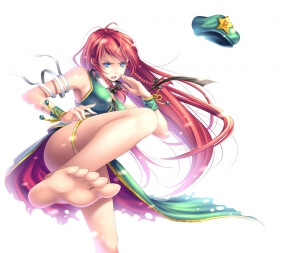 I know it’s been a while since I’ve posted, and I’m sorry about that, but honestly, Nephilim has been downright dominating my life. And when I say completely, I mean completely. I’ve been writing it like a woman possessed, which I suppose I am, though I’ve also been working on other projects as well during breaks. The problem I have is that I get so focused and intense that I tend to go through mini burnouts, so every once in a while, I need to kind of step back and do something else for a bit before I jump back on ship. Like, play World of Final Fantasy with Anne (at gunpoint). Or spend time with Rebecca, who came over for the Logan Paul VS KSI fight… and hasn’t really left. And watch American Horror Story on Netflix. Cause that show is fucking addicting. 😳

So this is what I get for reaching out to ask you guys a question: I apparently put myself on your radar and got my account suspended. Trust me, I won’t make the same mistake twice.

Just for the record, these posts that you deemed “too adult” for Patreon are also publicly available on my website, Blogger, Wattpad, Goodreads, Tumblr, Amazon, Facebook, Google +, and Twitter. And no one except you said they were inappropriate.

I have complied with your wishes and deleted all 154 Public Posts. Please reinstate my account so I can inform my subscribers what happened, and then forward me to one of your supervisors so I can talk with them before I go public on social media.

Yeah, I know, it’s a bit snarky, but they started it. All because I reached out to customer service with an innocent question. If I learned anything from this, it’s: DO NOT CONTACT PATREON CUSTOMER SERVICE! The last thing you want is to be on their radar! They ended up having another customer service representative contact me to try and resolve the issue, but I just dropped it and didn’t respond. My work is more important than a back and forth with Patreonites.

Maybe I’m a bit too confrontive for my own good sometimes. I dunno.

Oh! By the way, a few of my titles are on sale! They are enlisted in the Kindle Countdown thingy, which means they are cheapest now, but through the next seven days they gradually return to normal price. Here’s the full list:

Time to jump in a bath and soak my brain for a bit – I have another full day of writing tomorrow, where I plan on finishing the Voyeur episode I’m working on and get back to Nephilim: Prisoner.

I’m really going to work on writing these entries more often, as I need the release – I’m too emo to keep everything bottled up for too long! 😅

Anyway, thank you for reading, my loves.

“The evolution of sex is the hardest problem in evolutionary biology.”