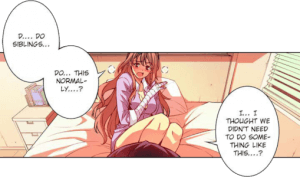 So my brother almost killed me today. Again. Last time it was with taco meat. This time? A Cardi B and Megan Thee Stallion song…

I finally got him to sit down and listen to WAP. I was dying to see his reaction to it, considering how straightlaced and stoic he usually is. I was nibbling on some fries, Anne was playing on her might-as-well-be surgically attached phone, and his model-ass bitch of a girlfriend was smirking, just as anxious to see his reaction as I was.

Partway through the song, he paused it and turned to his girlfriend and asked, straight-faced as all hell, “What’s a weak pullout game? Do I have one?”

Pandemonium erupted. I choked on my fries, Anne leaned forward and started laughing so hard she nearly dropped her phone, and his girlfriend’s face screwed up in this pretty little grimace before she alternated between laughing and trying to be serious. When she started womansplaining to him what that actually meant, he stopped her and said he already knew; he was just fucking with her.

I adore my brother, but I want to kill him sometimes. 😂

As far as writing goes, I’m currently working on what was supposed to be a short story called Devious Bitches. The title pretty much sums it up. It takes place shortly after Phi Beta Pie and features several of my favorite characters (like Penny, Song, and Antonio) and a few new ones to boot (like Julie and Lori Marshall, Rachel Pritchet, and Peter). I finished the rough draft, and now I’m revising and flushing it out. It’s sitting at 42,900 words, but I have so many things to add that it will probably end up double that.

Oh! Some exciting news! You might have heard already if you stalk me on social media, but if not: I just (re)launched my Ko-fi! If you don’t know what that is, it’s a place where you can buy a creator (like moi) a $3 cup of coffee. Or two. One beloved (who put their name as Somebody) actually bought me 18 cups! Love it! Although I love coffee, for me, this is more of a beer-fi (I’m not gonna lie!), but they wouldn’t let me call it that, so… anyway, do me a favor and check it out, and maybe buy me a beer coffee while you’re there! I would greatly appreciate it!

I also now have a Subscribestar.adult, which basically allows me much more creative (read: adult and mature) freedom than Patreon does. Not that I’m getting rid of Patreon, because I love it, but I want to be able to push the envelope a bit further occasionally, you know? I like creative freedom, and I’ve butted heads with Patreon a lot over it. Also, I’m planning on diversifying my portfolio a bit. Currently, I’m working like hell to catch my Subscribestar.adult up with my Patreon. It will take a while, but it will get there.

Anyway, that’s all that’s going on in my little world for now. Stay tuned, my beautiful #Alexaliens!

FacebookTwitterPinterestRedditEmailWhatsAppSMS
Posted in Diary
← Do not inhale taco meat!How Anne saved me from a pizza related death! →