So the first thing I see this morning is Google telling me I might be interested in reading an article on self-publishing by someone I’ve never heard of named Laurie Gough. So, of course, I opened it.

The post was an article she wrote in the Huffington Post titled “Self-Publishing: An Insult To The Written Word”. I immediately read it, my eyes widening gradually until I had to have looked something like an anime character towards its end. I wanted to immediately create an account on their site just to tear into her, but then I opened the 424 comments it had garnered and started laughing my ass off.

Apparently, I was late to the party, because every single comment – some from fairly popular authors – were already tearing into her! 😀

Out of curiosity, I checked out her Twitter and website just to see what kind of person would write such an ignorant antiquated article. I quickly deduced the answer: an ignorant antiquated person. It’s no coincidence that she published that obvious bait article right after she released a new book, thinking to get attention and possibly sell more copies of her work in the process. I’m not surprised, as it seems to be a very new-age Trump like thing to do – but then, ironically, she is not a Trump supporter.

Some of the comments about her on Twitter are truly gems, a ton of which I liked because they were just so spot-on.

I guess the lesson I learned today – and will be carrying with me into 2017- is this: don’t be so closed minded and ignorant as to publicly insult people for absolutely no reason. I mean, really, what’s the point? Is it for sales? Do you really want them at that cost? Attention? Are there no puppies being sold in your area? Look, there are so many other positive, nurturing things you could be doing with your time (writing, family, friends, etc.) – why waste it doing something negative, hurtful, and in the end, something that makes you just look dumb?

Think before you write. Or speak. Or act… 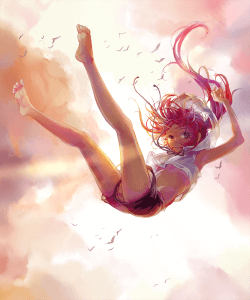