But not for the reason I thought they would.

They’re not fighting with me about the actual content, but the authors that have submitted the stories to me. They want legal documentation for every author that submitted a story. Which, of course, I expected / had on hand / provided.

And then Amazon wrote me saying they needed…legal documentation for every author that submitted a story.

So, I wrote them back, a bit belligerent this time, telling them I already provided it, and why are they being so dense?

I am beginning to think that I am being communicated with by a copy & pasting foreigner that doesn’t understand English very well.

I even called and got transferred to someone in KDP, and when he looked through all the emails he was just as confused as I was. He said he would attach a note to the reviewers and there shouldn’t be a problem – 30 minutes later I received another email saying they wanted proof.

I have published A LOT of books through them, and this has never happened before.

So, the next email I receive from them is going to cause all hell to break loose. This time, however, I’m getting on the phone and demanding to speak to an American. It’s really pathetic that I have to do something like that, considering I’m American publishing in America to an American company. I should not have to be fighting with overseas people who can’t understand American English.

For the record: I have no problem with non-Americans working call centers and email response. However, I have a huge problem with them not being able to understand simple English.

Anyway, back to writing before I wire myself up to launch a preemptive nuclear strike on Amazon… 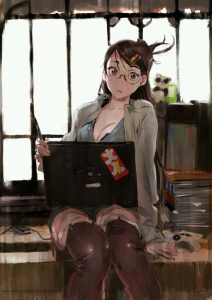